The Land of Opportunity

Among the most important issue among voters in the 2016 election were immigration and jobs. Financial strains led some Americans to believe that economic stability could only be accomplished by restricting immigration. This is because many in the United States erroneously equate immigration with job loss, with the refrain “the immigrants are taking our jobs” echoing in their minds.

And yet, in the US, a study shows that 43% of Fortune 500 companies were started by first or second generation immigrants. Moreover, the National Foundation for American Policy reports that 55% of billion-dollar tech unicorn companies have an immigrant co-founder. The Global Startup Ecosystem Report found that 20% of the world’s tech founders are immigrants, even though immigrants only account for 4 percent of the global population.

Is America a Land of Opportunity?

Immigrants come to this land for many reasons: to flee religious or political persecution, to pursue a graduate degree, or because they had watched a movie as a child and always dreamed of living in the concrete jungle of Manhattan. But whatever the reason, immigrants always came to this country because they wanted a better life for themselves and their children. The United States has come to symbolize the hopes and dreams of generations, allowing us to benefit from the brightest minds around the world.

It is important to keep in mind that, even in the modern era, iconic American companies like Google, Tesla, eBay, and Apple were all started by immigrants, and are now among the most valuable companies in the world. Albert Einstein was an immigrant, escaping to the US from Nazi Germany. We are called The Land of Opportunity and a Nation of Immigrants, because we are all strangers in a new land. Save for the Indigenous Americans, many of whom had been slaughtered in the colonization of this territory, we were not here first; we are all immigrants.

The Statue of Liberty, a gift from France, celebrated the American Dream and has come to symbolize the welcoming ethos of our country. I have visited Liberty Island many times, and I never get tired reading and rereading one of my favorite poems, “The New Colossus,” written by Emma Lazarus to commemorate it:

With conquering limbs astride from land to land;

Here at our sea-washed, sunset gates shall stand

A mighty woman with a torch, whose flame

Is the imprisoned lightning, and her name

Mother of Exiles. From her beacon-hand

With silent lips. “Give me your tired, your poor,

The wretched refuse of your teeming shore.

Send these, the homeless, tempest-tost to me,

I lift my lamp beside the golden door!”

Our willingness and even eagerness to embrace outsiders has made our country what it is today. And our nation is great, not because we keep people out, but because we invite them in. We collaborate, we celebrate, we explore, and we historically achieve outcomes far greater, together.

Our country is rich not because of our GDP, but because of the human capital that we possess. And it is a privilege that we cannot squander, for the best countries, like the best companies, are great because of the people that they attract and retain. America is truly a land of opportunity.

Three Macrotrends in the Globalization of Talent

Here are some macro trends in cross-talent recruitment, as observed by a life-long HR director, a director at a global bank, and an international entrepreneur-- all professionals in Asia, but ... 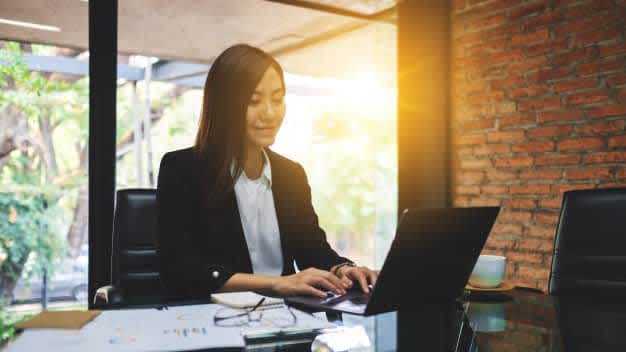 Brain drain is the emigration of highly trained or intelligent people from their home country to another, often more developed, country. One aim of the mission statement of Alariss is ...

How to Work in Taiwan for Foreigners

An Asian Tiger Economy This small island of 23.8 million is one of the cultural and economic powerhouses of East Asia. Known as one of the “Four Asian Tigers”––alongside Hong ...