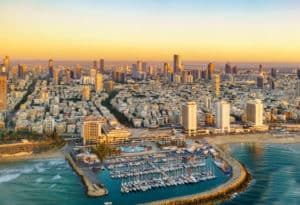 Israel may be a small country, but it has a thriving startup scene, with more startups per capita than any other country in the world. Its startup scene is booming.

There are 79 Israeli-founded unicorns, or private tech companies worth more than $1 billion, around the world, according to a TechAviv list cited by the Times of Israel. Israeli unicorns based in Israel include eToro, a social investing platform; Moon Active, a mobile gaming company; DriveNets, a networking infrastructure company; and Lightricks, an app developer.

At Alariss Global, we work with a number of Israeli companies, including Vanti Analytics, an AI company for manufacturing; IXDen, a cybersecurity company; and OurCrowd, a venture capital firm.

At Alariss Global, we match top US sales and business development talent with international tech companies, including tech companies based in Israel, and act as the Employer of Record (EOR) to take care of payroll and legal compliance. If your company is built in Israel and made for the world, book a call with us today.